Why ‘Perfect Vision’ is a myth 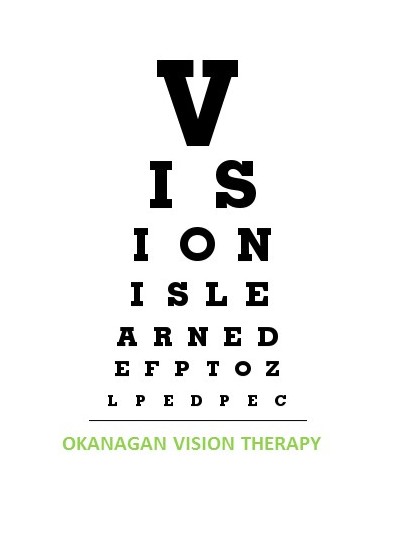 I think one of my least favourite phrases in the optometric world has to be the description of someone as having perfect vision. All too often I find myself engaged in a conversation with someone who pridefully recounts the moment they were told (typically ~8-10 years earlier) that they had the eyesight of a fighter pilot. While I often think these remarks are meant in a harmless and benign fashion, my concern is that they can trivialize the wonder, intricacy, adaptability and functionality that our visual systems possess.

I hate to be the one to do it, but I can almost with utmost certainty burst the bubble of anyone reading this blog – your visual system is not perfect. While measures of visual clarity and structural anatomy may have been within normal limits at your most recent exam, it’s unlikely that you truly had an in-depth probe of your overall visual function. I say this not to belittle routine optometric examination, but to hopefully shift the way in which you look at all that our eyes and our visual processing system does for us.

From the moment you wake up, it is primarily your visual system that maps the entire scene around you for the rest of your day. This is a not a passive process, but instead makes use of a set of unbelievably complex neural networks.

These pathways do not all feed directly into a clarity processing centre either. They are linked to memory, balance, motor, autonomic, auditory and a multitude of other regions within both our cerebrum and brainstem. Vision both leads and directs motion. It allows us to make spatial comparisons based on prior experience and act on the world accordingly – all while constantly adapting to changing visual scenes. To belabour the point even further, how many eye exams have you done standing up? Or moving through a room? When our visual scene changes relative to where we are in space, a whole new set of visual demands are placed before us. Our vestibular (balance) system runs along the same pathway in our brainstem as the centre that dictates and directs horizontal gaze – so if you’re not moving, turning your head or rotating, it is nearly impossible to tell how capable your visual system truly is. Most eye exams also don’t probe areas of visual discrimination, visual memory, laterality, directionality, visual closure, visualization and a multitude of other visually-guided processes that we make use of every day of our life.

I’m suspecting that at this point a reasonable number of people are asking one very important question – who cares? I seem to get by fine, haven’t walked into any walls today and generally managed to keep my car between the white lines on the road. While that may be true, there are also a large number of individuals with balance, peripheral vision, attention, visual memory, visual tracking and eye teaming issues that have been trained to feel that their visual system is not to blame.

So the next time someone tells me that they have perfect vision, I’ll be sure to ask them for proof!

Until next month,
Paul Rollett, OD